The People We Are Impacting Together

Asia is home to millions of people who are entrenched in generations of poverty. Many families live hand to mouth, which leaves few opportunities for them to improve their financial situation or offer their children any other future.

Many of these people have very low social status, which leads to discrimination, degradation and shame. Other groups that face similar rejection include widows, single mothers and people suffering from leprosy.

It is among precious people like these that GFA-supported workers are ministering. Through many of the gifts featured in the Forgotten Christmas kit , the outcast, poor and rejected are receiving practical assistance and a demonstration of God’s deep love. A simple poverty-alleviating gift can enable a family to rise out of the trenches of destitution and hopelessness—just like it did for Tavleen. 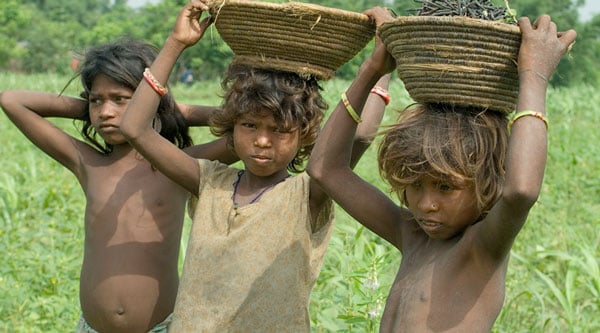 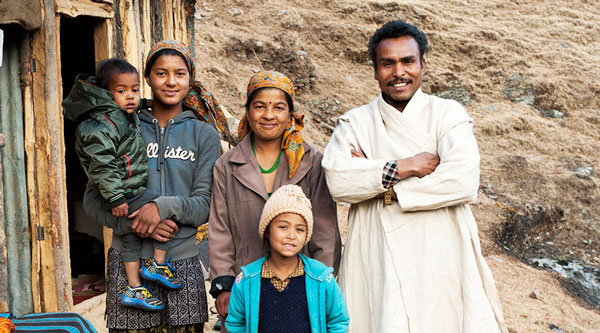 Tavleen had lived a difficult life in a small, unfinished house with her husband, Bhavin, and two young children. Bhavin was the sole breadwinner for the family, and although money was scarce, they managed to provide scanty meals for their children.

Then one day, Bhavin had a heart attack and collapsed. He was gone. The family’s financial situation was already precarious, and the death of Tavleen’s husband brought further devastation.

Tavleen, at 55 years old, quickly stepped into the role of provider, but the cleaning jobs she found couldn’t fully support her family. Her seventh-grade son realized their desperate situation and decided to drop out of school to work as a daily laborer. Soon his younger sister followed his example and began taking care of the home instead of going to school.

For two years, Tavleen’s family struggled alone. They sought their many gods and goddesses, but no help came—until the God they did not know brought a stranger to Tavleen’s doorstep.

An Opportunity to Show Love

Pastor Chintan, a GFA-supported pastor in Tavleen’s village, happened to visit her home while he was meeting families in the community. Although many people in Asia believe widows carry a curse that caused their husbands’ deaths, Pastor Chintan understood how much God loves widows. Pastor Chintan couldn’t solve Tavleen’s financial problems, but he gave her what he did have to give: the knowledge of Someone who could carry her burdens and give her hope.

Just as this national missionary, Pastor Chintan’s heart went out to Tavleen when he saw her plight, and he shared the news of Christ’s love with her.

Later, on International Widows Day, Pastor Chintan honored the hurting widows in his community by organizing a gift distribution. By distributing gifts like those in GFA’s Christmas Gift Catalog, he could bless widows with income-generating gifts—something he couldn’t have done on his own.

The plight of Tavleen’s family was etched in Pastor Chintan’s mind, so he arranged for Tavleen to receive a water buffalo, knowing it would provide nutritious milk for her and her children to sell and drink.

Tears ran down Tavleen’s face when she joyfully received her water buffalo. The generosity of the Church touched her heart and filled her with excitement for the future—this gift would completely transform her family!

Source of Income, Food and Joy

Tavleen built a shed for her water buffalo, and her daughter diligently watched over it in the pasture while Tavleen and her son worked during the day. They patiently waited for their pregnant buffalo to have a calf and start producing milk. Then, after a few months, the water buffalo surprised Tavleen by giving birth to two calves instead of one!

Tavleen (pictured) wept for joy when she received this water buffalo through the local church. Through it, she glimpsed God’s deep love for her.

Milk vendors began buying buffalo milk from Tavleen, giving her a steady income of $22–$30 (USD) every month. With her new earnings, Tavleen repaired her damaged house and even began saving up for the future and for her daughter’s marriage.

Tavleen and her son still needed to work, but their buffalo dramatically reduced their financial crisis. And even if they couldn’t work one day, their milk money enabled them to still buy food. Drinking the nutrient-rich buffalo milk meant Tavleen spent less money on meals, and it helped her children, who didn’t get to drink milk before, grow stronger.

Beyond boosting the family income, the water buffalo brought simple joys to Tavleen’s family. They lived in a culture where chai, a type of Indian tea, was a staple drink, but because they could never before afford to buy milk, Tavleen’s family had hardly ever tasted tea with milk in it. The simple act of putting their buffalo’s milk into their tea brought them so much joy!

Selling milk from her water buffalo greatly increased Tavleen’s monthly income, enabling her to fix her home and save for the future.

The kindness Pastor Chintan showed to Tavleen through his concern for her and the gift of the water buffalo warmed Tavleen’s heart. She began attending worship services with his congregation, where she heard more about the One who truly cares about widows and orphans. The truth of Christ’s great love and mercy resonated within Tavleen and her children, and each one decided to receive the Greatest Gift ever given.

Today, Tavleen and her son still work to provide for their family, but their buffalo—and soon its two calves—will continue to provide considerable financial stability for them. Even better, Tavleen and her children now carry a peace and hope they didn’t know before meeting Jesus. Their hearts overflow with gratitude toward those who provided for their needs and toward the Lord, who saw them in their time of struggle.

Many families across Asia have experienced transformation after receiving a water buffalo, one of many gifts found in GFA’s Christmas Gift Catalog.

In only a few months, this simple animal changed Tavleen’s situation and helped her entire family discover God’s gift of true life. You can help other families in Asia gain financial stability and an unshakable hope by donating toward income-generating gifts today.

See how you can make a difference for needy people